Paolo Petrocelli, PhD-EMBA-FRSA, is a senior cultural manager, university professor and journalist driven by the belief that culture, arts and education are a major force for growth, development and change globally.

A passionate, innovative and dynamic manager with an extensive experience in leadership positions in a variety of organizational settings, he is global cultural affairs and an international relations expert.

In 2022, he has been selected by the think tank Friends of Europe among the 40 most influential young personalities in Europe and nominated European Young Leader.

In the same year, the prestigious Fortune Magazine named him among the 40 most influential young personalities in Italy, as the first cultural manager ever selected.

In order to serve as an active citizen and support non-profit activity, he has become a leading member of some of the most prestigious international organizations, including United Nations, UNESCO, World Economic Forum.

Petrocelli is the Co-Founder and Honorary President of the Italian Youth Association for UNESCO, the largest youth organization in the UNESCO system worldwide, which he chaired as President for five years (2015-2019).

As a cultural & music diplomacy ambassador, he serves in institutional roles to forge bonds through music in Europe, the Middle East, Africa, Asia and the US. Petrocelli is the Founder and President of EMMA for Peace (Euro-Mediterranean Music Academy for Peace) and the Co-Founder and Director of Institutional Relations & International Affairs of Opera for Peace – Leading Young Voices of the World.

He is the Founder and Editor-in-Chief of Music Diplomacy – Stories from the World, the first blog community dedicated to collecting the most inspiring stories on music diplomacy from all over the world.

He serves as Expert of the Education and Culture Executive Agency of the European Commission (EACEA), Member of the Advisory Council of the European Union Youth Orchestra (EUYO), Advisor and Chairperson of the Music Commission Education Committee of the Ministry of Culture of the Kingdom of Saudi Arabia, Cultural and Music Diplomacy Officer for the Permanent Secretariat of the World Summit of Nobel Peace Laureates, Cultural Advisor to Coldplay, the multi Grammy award-winning British band and Advisory Board Member of INTERSOS, the largest Italian NGO on the frontline of global emergencies in 19 countries around the world.

Top-level roles in the public and private sector have rounded out his cultural relations and senior arts administrator expertise, allowing collaboration with global leaders in performing arts management.

Today, he serves on numerous Board of Directors, including Opera Lebanon (Beirut, Lebanon), the Italian Association for Cultural Economics and Accademia Musicale Jacopo Napoli (Cava de’ Tirreni, Italy). He is Honorary Board Member of the Armenian State Symphony Orchestra.

Since 2022, he is the Director General for the International Chamber Music Festival ClassicheFORME, founded by internationally acclaimed pianist Beatrice Rana, in the heart of Salento (Apulia, Italy).

He is the Lead for Italy of Sound Diplomacy, the leading global consultancy advising cities, governments, tourism boards and large organisations on music and night time economy policy.

Petrocelli holds a PhD in Cultural Economics, Marketing and Creativity from the IULM University of Milan, an Executive MBA from SDA Bocconi School of Management of Milan, a Diploma in Violin Performance (MA) from the Conservatory of Santa Cecilia of Rome, a BA in Literature, Music and Entertainment from La Sapienza University of Rome, a BA (Hons) Music from  Middlesex University of London and a Diploma of Expert in National and International Ceremonial and Protocol from SIOI, Italian Society for International Organizations and the Oxford Executive Leadership Programme Certificate from Saïd Business School of the University of Oxford.

He is a Research Affiliate at the metaLAB (at) Harvard, an experimental research unit dedicated to innovation in the arts, media and humanities at Harvard University, where he coordinates along with Jeffrey Schnapp a project titled Future Stage dedicated to investigate the future of the performing arts.

He has been a Yale University Visiting Fellow (2011-2012) and a Visiting Researcher at MIT Media Lab (2016), the interdisciplinary research laboratory at the Massachusetts Institute of Technology (Cambridge, Massachusetts).

He is the Program Coordinator for the Professional Certificate in Cultural Diplomacy and International Cooperation, promoted by the Italian Institute for International Political Studies (ISPI), Coordinator of the Cultural Diplomacy Program at Bocconi University and Scientific Director for the Master in Creative Direction for the Performing Arts at Accademia di Costume e Moda.

He served  as Director of the Master of Cultural Management at the Rome Business School.

He is a Member of the Italian Order of Journalists, a contributor for Forbes, Arabian Business, Huffington Post, a Member of the Editorial Advisory Board at Cambridge Scholars Publishing and a TEDx Speaker. Petrocelli is a Fellow of the Royal Society for Arts, a Fellow and a Member of the Responsible Leaders Network of the BMW Foundation Herbert Quandt, an Advisory Council Member of the Harvard Business Review and an Official Member of Forbes Nonprofit Council and Rolling Stone Culture Council. 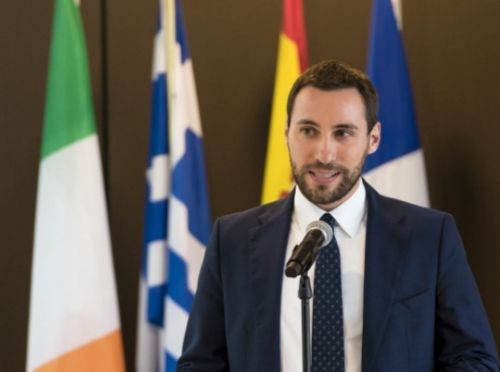